Bittern are New Zealand’s largest swamp bird, and are currently classified as critically endangered. Their numbers are under pressure due to predators and changes in land use.

In October 2016 two rescued bittern were released into Waihi Harbour Wildlife Management Reserve. This is a DOC reserve on the south side of Waihi Harbour where we run a Biodiversity Management Plan, which includes carrying out extensive pest control. The bittern were nicknamed Miss 38 and Mr 36, after their radio transmitter channels. and have been tracked by MOWS volunteers Sheelagh Leary and Bev Nairn. Unfortunately the male was hit by a car and killed near Maketu earlier this year, but the female is still in the area and appears to be doing well. It is a sign of success for MOWS. This is the first time that a bittern has been successfully released into the wild in New Zealand and is a significant plus for DOC, MOWS, and the community.  Without our efforts to control pests in this reserve no ground nesting birds would stand a chance of surviving and breeding. Let’s hope Miss 38 continues to flourish, and eventually finds a partner! 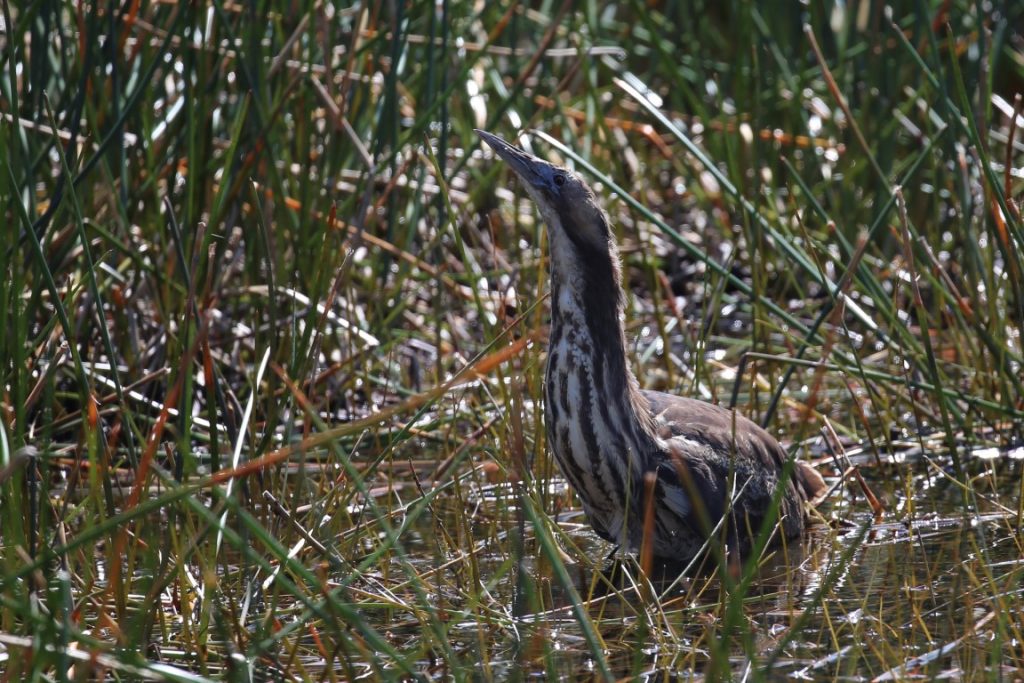