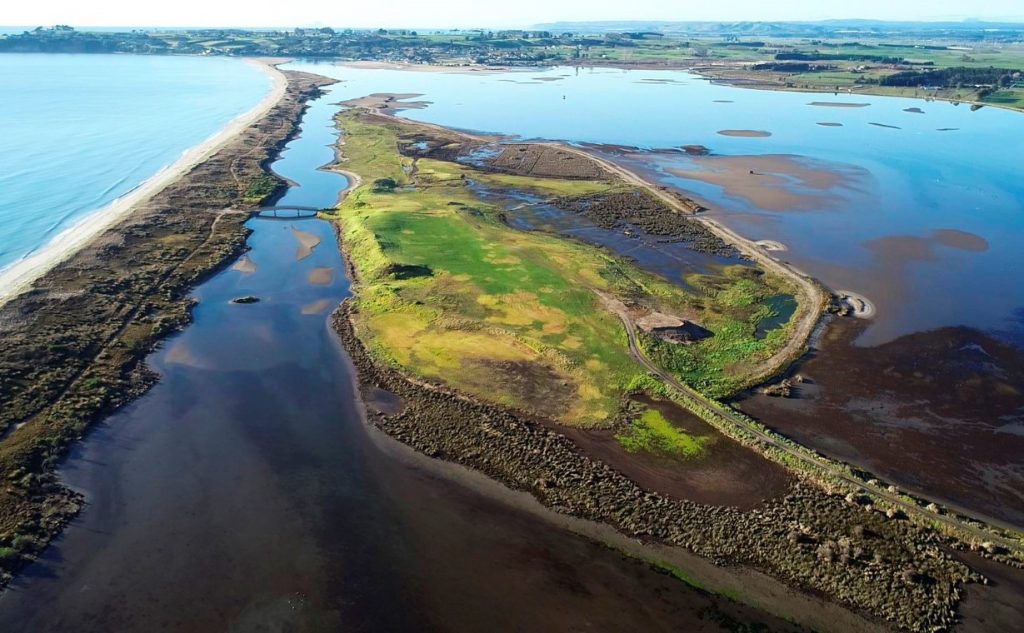 Maketu Spit is 45 hectares of coastal duneland located at the mouth of Kaituna River. It is 3.5km long and is the most intact coastal dune ecosystem in the Tauranga Ecological District. It is regionally significant as it has remained relatively unmodified, with indigenous flora species providing habitat for the diverse population of threatened native birds and invertebrates.

Maketu Spit, along with Dotterel Point in Pukehina,  are the only example of sandspits running in opposite directions either side of a point in New Zealand, and one of only two in Australasia.

The Spit is crown land which is owned and administered by Western Bay of Plenty District Council as a Recreation Reserve. Works for our Biodiversity Management Plan (BMP) are contained within the Recreation Reserve boundary. 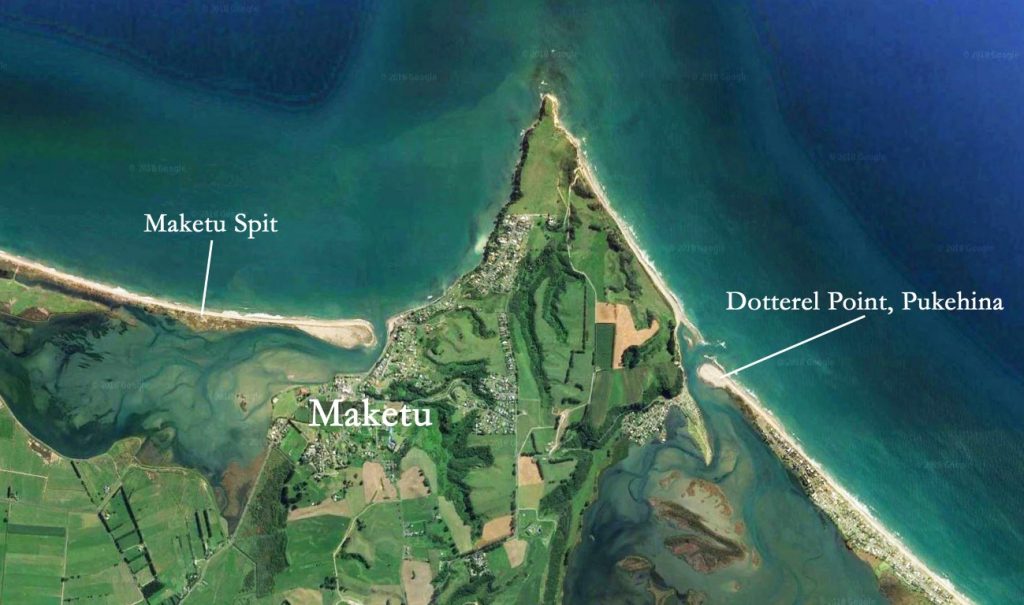 The Biodiversity Management Plan aims to restore the ecological integrity of the spit as habitat for populations of threatened species, and maintain its important coastal ecosystem function.

The work on Maketu spit has three main focuses: first we run a year round pest control programme to protect the threatened northern New Zealand Dotterel, Charadrius obscurus, which breed at the eastern end of the spit. We monitor the breeding of this species and have recorded a significant increase in numbers to 15 pairs in 2016. We also run a pest plant control programme which focuses mainly on invasive grasses, and we are gradually removing the pine trees. Our third task is to maintain the dune system by planting native stabilising plants, spinifex and pingao, on the fore dune, and shrubs and trees on the back dune. This work will help to encourage the presence of native birds, invertebrates and skinks.

We have also removed much of the pampas, wattle and gorse along Ford Road, as well as tackling pampas, salt water paspalum and spartina on the sportsfield and along Maketu Road.

Our work on the Spit is now in its ninth year, and we are seeing real improvements. The removal of the causeways to Papahikahawai Island as part of the Kaituna rediversion project has been a great success in that it reduces the chance of pest animals coming across to the Spit. We are hopeful that we may be able to eradicate the worst pests on Papahikahawai and are working with BOPRC on this. We hope to work towards removing all pests from the Spit, the new wetland Te Pa Ika, and Papahikahawai. With upgrades to the Ford Rd causeway this has the potential to be the first pest free area in the Bay of Plenty, which is very exciting indeed!

The neighouring Papahikahawai Island in the estuary has recently been turned from farmland back into a nature reserve, and is becoming a haven for native wildlife. This is a joint project between the landowners, Regional Council, Ngā Whenua Rāhui, tangata whenua, and the local community.

A large amount of earthworks have been carried out such as the removal of the causeways connecting the island to the Spit, making Papahikhahwai officially an island again. Allowing the tidal flow between the island the Spit again has reduced the algae in the water, and fish life is now returning.

The majority of the planting work has been carried out by local volunteers, and MOWS have been contracted to assist with work such as pest plant and animal control.

In 2009 work began on plans to increase the volume of water flowing from the Kaituna River into Ongatoro/Maketū Estuary in order to improve the quality of the ecosystem.

Kaituna Cut was created in 1956, diverting the flow of water away from the river mouth in an effort to reduce flooding on the surrounding land. Since then, Tangata whenua and local residents have been concerned about the health of the estuary, and have been calling for a rediversion since 1979.

Work began in 2018, and is expected to be completed in 2020. The vision identified in the Strategy is: “to ensure that as a wider community our policies and plans, our activities and actions celebrate and honour Kaituna River and Ongatoro/Maketu Estuary life as taonga – Whakanuia, whakamawawatia te mauri o te Kaituna me Ongatoro hei taonga.”

A sand spit is a very mobile landform, but we are concerned that the gradual silting up of the harbour is helping to cause a high amount of erosion as the main channel is forced against the inside of the spit. This could have serious implications for the gull and shorebird colony at the distal end of the Spit. We have therefore joined with Bay of Plenty Regional Council to monitor this erosion at the narrowest point so that we can take remedial action should a breakthrough appear to be imminent. We assist BOPRC in carrying out dune profile monitoring four times a year to keep track of any erosion.

In early 2018 we also trialled the use of UAV (drone) technology in mapping each of our four BMP’s. We contracted Interpine to collected ariel orthomosaic data, as well as aerial footage. The data was then used to form a 3D map of each area, which can then be used to calculate aspects such as the height of the dunes, and the total sand volume. This is amazing technology, and relatively new, so it will be exciting to see what the future of dune profiling looks like.